In August 1921, a young American politician was struck by polio. At 39, his political ambitions seemed crushed. But 12 years later, Franklin Delano Roosevelt (FDR) was inaugurated as the 32nd President of the United States.  The ‘Wheelchair President’, FDR led the most powerful nation through two grievous crises: The Great Depression and the Second World War. His story is laced with personal hardships. For instance, after acquiring leg braces that didn’t fit, he trained to walk with them heavy on his frail legs under his pants to conceal his disability during campaigns, and designed his wheelchair to easily move through doors and corridors.

Acentury on, even with global efforts on inclusion, the situation is even tougher for persons with disabilities (PWDs) seeking elective office in developing nations. PWDs experience a myriad challenges on the campaign trail—from physical and information accessibility challenges to attitudinal barriers. On budgets, this endeavour is quite beyond the reach of many PWDs, who are statistically disproportionately affected by unemployment and poverty.

This feat is not mere kismet. Over the years, Kenya has made huge progress on the rights of special interest groups, including women, youth and PWDs. The Constitution assigns nominated seats by political parties for special interest groups in the National Assembly, Senate and county assemblies. That has played a huge role in enhancing representation in politics for PWD. An example is Martin Wanyonyi Pepela, a nominated MCA in 2013  who is now the first person with albinism to be elected to the Kenyan Parliament.

The study shows candidates with disabilities are also perceived by the public as more compassionate, hardworking and honest than the non-disabled. They are also viewed as closer to issues related to healthcare spending, poverty, unemployment, minority rights and social security rights due to their lived experiences. This, if accompanied by continuous disability mainstreaming sensitisation to the public, presents a fertile ground for candidates with disabilities to thrive in our politics.

I long for the day when the political playing field will have been levelled for all of us, having done away with affirmative action as we will no longer be judged by our looks but—in the words of Dr Martin Luther King Jr—the content of our character. 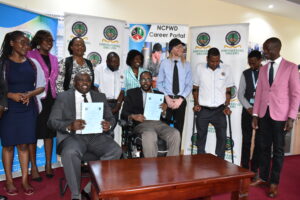 Council Collaboration with the Higher Education Loans Board (HELB) 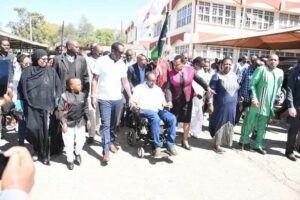 International Day of Persons with Disabilities

Be the first to be informed on any News, events or funds